The Albertus Magnus Professorship (AMP) is a short series of events at the University of Cologne, for which an outstanding scientist is 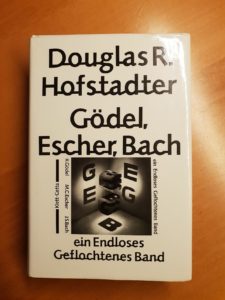 appointed annually. This year (2018) is Douglas R. Hofstadter. The focus is on the topic of “machine and human translations”. At the beginning of my studies in 1985, I received my masterpiece “Godel, Escher, Bach” from my parents, for which Douglas Hofstadter received the Pulitzer Prize in 1980 and which was last reissued in 2008. The book was and is a milestone on the way to understanding phenomena such as Being and Consciousness. After a very inspiring talk yesterday, it was really interesting to see how far “artificial intelligence”, in times of machine learning and deep learning, is actually still far removed from human intelligence. He evaluates the capabilities of artificial intelligence using the example of machine translation algorithms (such as Google Translate and DeepL) while working out what distinguishes our intelligence from the artificial one.

An up-to-date MT (Machine Translation) assessment goes back to Yehoshua Bar Hillel (1959, Hebrew University: http://www.mt-archive.info/Bar-Hillel-1959.pdf). I took with me that there is still a dramatic difference from the hype (Machine Learning and Deep Learning) to what we understand by intelligence, and it is important to point this out again and again, especially in the context of Industry 4.0. Alone, to make the expectations of machine learning and deep learning systems are not too big. 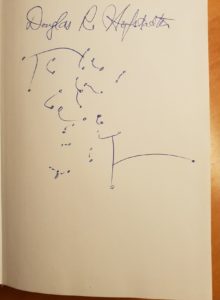